Map of Other Lives

A literary thriller about a man, who buys not only a stolen iPad but a deadly secret with it. 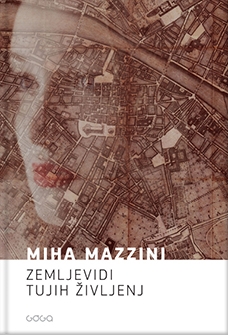 At the end of his holiday in Turkey, ROBERT (45), ends up buying an iPad from a stolen goods dealer. Upon his arrival back home, the media are full of the news of an airplane crash that happened near Istanbul. Robert realizes that he bought a device that probably belonged to a victim of the crash. He finds a series of photographs of a young Arab couple posing with a gun, some knives and even a plastic baby doll. On one of the photos, a part of a calendar is visible and when Robert enlarges it, he is able to decipher the name of a mechanic and car dealer in a small town only an hour and a half away from where he lives. He hesitates but eventually decides to go there. He finds out that the girl and boy are locals who were certainly not in the airplane accident. The girl had disappeared two months earlier and the boy is still supposed to be living there, though he is never where Robert looks for him. Robert knows that he should simply leave to go home and stop delving into other people’s lives, especially since he himself has a secret, a fateful one.

Films didn’t lie; time had slowed. The car struck the red and yellow pole, branches hit against the windshield while his hands were still clutching the useless steering wheel. Suddenly he saw the lake and he could sense his mouth opening, gasping for enough air to scream. The front of the car took a downward plunge through the rushes and when it crashed through ice the seatbelt squeezed all the air out of him. Fragments of the shattered windshield rained over him, followed by the rush of water. The icy punch made his entire body twitch and turn all its effort to his lungs, caught in the spasm of a ferocious gasp.

Wanting to escape, he leaped up, his lungs still gulping for air, pressing against and crushing his heart with every attempt.

He flung himself forward but was unable to move, ‘I will drown!’ Grabbing his seat belt, he followed it to the buckle. He tried to release it but, His body was still heaving and when his freezing stiff fingers finally freed him, he thrust wildly against the door, then leaped forward and pulled himself through the front window. He crawled on all fours onto the slippery metal, biting cold water dripping off him.

He stood up slowly. The car creaked and sent waves over the surface.

He held his nose. Blood filled his hand. It was warm, his blood was so warm!

He tried to control and contain his horror, to tame it.

It didn’t. The wheels must have reached the bottom and he was standing on a metal island in a bay full of rushes. All his life he had driven past it, first as a child with his bicycle, then a young man with his moped, without ever as much as turning to this neglected corner. Due to the reeds and mud it was not even possible to ice skate in winter or swim in the summer.

He could see faint lights through the mist on the opposite side of the lake. He turned toward the shore. Above the broken reeds, the evening had already filtered the treetops of the oak forest into the night.

He stared at the dark water in front of him, unwilling to take the plunge, though he knew he had to. His skeleton shook and the muscles shuddered. A shiver surged through him as a warning that he must not lose any more time. He tried to remember what he had read about falling into ice-cold water but could not recall anything.

He thought about simply staying where he was. The road was not used frequently but sooner or later someone would come driving past. But would they see him? Especially so late in the evening, fast turning into night?

The wind blew and he could feel it in his bones.

His phone remained inside the car, he always put it next to the gear stick when driving.

His heart clenched at the mere thought of having to jump into the water. He was only a few feet away from the ice along the shore and pieces of it that had broken off were bobbing on the dark surface.

He crouched and felt how stiff his joints were becoming. Placing his hands behind him, the water received them, the fingers found a firm grip and he slowly lowered himself, gasping for air as he sat. Pushing his legs over the edge, his lungs began skipping again, his heart stalling; he wanted to get back, escape, knowing that the only way to cross the water was through this icy agony.

‘A! A! A!’ his lungs wanted to explode and he begged for it to be over. The water was up to his abdomen when his legs touched the bottom, sinking a little further into the mud.

He began wading and staggering, screaming in agony, the piercing cold burning him. After a couple of steps his shoes sank into the silt and refused to budge. He could feel his bones shudder.

Reaching the ice close to the bank, he tried to pull himself onto it, but it would not hold his weight. Segments broke off under his hands and he began striking at it with his fist in order to break his way to the shore. When he tried again to climb onto it, the ice split and he screamed as the water engulfed him once more.

Eventually he managed to grab hold of the embankment wall and looked up as he gathered enough strength to pull himself upward.

He thought he could make out a figure at the roadside.