The Place Where All Your Wishes Come True

There is a place where all your wishes come true. But will you pay the price? 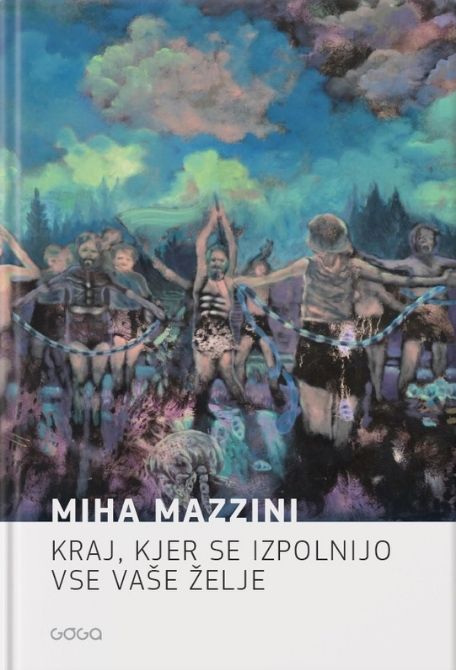 This is a novel about the clash of generations: Father is an older, “hardware”, generation. He measures success with land and buildings. His son belongs to the new, “software” generation, counting likes on the apps and videos that will make him famous.
They have tried to reach their goals and they failed.
But …
Their wishes might come true if they commit a heinous crime. Will they do it?

Until she started psychoanalysing me, I thought that the most unpleasant part of my relationship with Elizabeth Jane was her smelly cunt. The less sex we had, the more she talked. The less I was in her, the more she was into me.

I hate Brisbane, especially the Gold Coast, this BrisVegas of rich women with their tanned skin the colour and texture of dried dates.

“Oh,” she says with those thin lips of hers. On her bloated face they resemble a slash in a deflated ball. “Mark-O, Mark-O!”

Ages ago I said to that she could just call me Mark. She didn’t need to add that O, the sound of my own land. But she’s a worldly person, broad minded and of politically correct convictions, she wants to be authentic and adaptable, understanding, and I hate her

– fucking someone who repulses you is hard work.

She is drinking matcha tea on the terrace and offers me a cup. Everything is authentically foreign, like the -O in my name. The Japanese bamboo whisk – the chasen, and the kimono, the French perfume, the Italian jewellery, the Irish silicone breast implants and the American botox in her face. Among all this, her genuinely Australian skin, gathered into a garland in her cleavage. I can’t stop staring at it.

‘Fuck-yoO, Fuck-yoO,’ a voice inside my head responds and I know that I’ve wasted my last dollars – the Viagra won’t work. They promise a miraculous drug but if the body doesn’t want to fuck, the miracle won’t happen. Or is it just me? I can’t talk about this with anyone. At my age it would be embarrassing, and anyway, I’ve learnt to keep quiet about anything that might harm my career. Elizabeth Jane knows nothing at all about my folks back home. I even have a fake surname ready for her, in case she ever happened to ask me for one.

Matcha tastes of grass clippings. I twirl the bamboo whisk as if I were getting ready for a shave, and smile at Elizabeth Jane. She returns my smile.

She’s about to begin.

As an excuse, she will initially have a dig at herself, then she’ll start on me. I focus on the wrinkles on her neck. The surgeon will soon have to stretch them out again. Her eyes, their blueness dissolved by age, observe me without a blink. A lizard. Photographers could not stop praising her shade of blue, she told me. Used not to. Everything is used to this and used to that. She doesn’t have Instagram and shows me photo albums. Full of dead people.

Together we have time and money. The former is mine, the latter is hers.

I stare at the age spot above her middle finger.

“…they all married me for the money…”

I look at my fingers, holding the cup. “One needs to show one’s better side, the Japanese take great care with appearances,” she told me when she taught me the tea ceremony. It lasted about ten minutes, so it must have been a tourist version. She also said I had beautiful fingers. No woman has ever forgotten to mention this to me. They wanted these fingers to touch them the instant they noticed them.

When does a relationship begin? First there is an inkling, merely a possibility. Guessing whether anything might come from this, eating away at me, hollowing and singling me out. So I check. In the middle of our chat, interwoven with the occasional passing compliment, drinks and glances, smiles and faked embarrassments, I can no longer hold back. I will touch her. I never plan where. Her back above the waist, perhaps the shoulder, the wrist. Nothing that might hint at anything sexual, I limit myself to the safe parts.

I move, walk, turn round, pass her. I look away, entirely absorbed in thought, trying to remember something important, absent with the soul, the body follows its own gestures, I have nothing to do with it.

At the same time I exist only at the tips of my middle and index fingers. All I am crams into those finger-pads, and it feels as if they are glowing, the fire of temptation travels towards the female body. If at all possible, I brush against her skin, in extreme necessity her thin summer dress.

The skin connects. Less than a second, and already I am moving away. Mid-gesture, I can’t do anything else.

If her skin responds, follows me, if it lingers on my fingers, sticks, wants to fuse, unite, mix with mine, then, whatever we say and however long we waver, sooner or later we will end up together.

When, however, her skin ignores me, as if it has just brushed against a stranger and it was all indeed just by chance, I quickly find an excuse, say goodbye, and leave. My heart aches where hope had filled me, and the time I had invested into an empty evening makes my stomach acids boil.

Then there are women whose skin shrinks, as if wanting to hide and drag the flesh along with it. These have been ill-treated and abused, and I am no therapist. They will have to sort themselves out alone.

“…and the mistakes I made were out of a sense of duty, thinking I had to be good to them because then they would love me. As if goodness ever delivers love…”

Older skin loses its susceptibility and elasticity. Marriages and divorces, hopes and bitterness layer it with so many dead cells that these women only feel me with a delay and flinch with surprise, and these Snow Whites, visited at last, greedily leap upon me. For a second their skin becomes soft and supple, the skin of a young girl. At that point I always look at their face and behold the brightest part of business: they really are young. We look at each other and I know that the moment is fading, the face will oxidise, the years will return and the partnership will begin.

Some of them don’t realise that it is all decided with the first touch. They dither and pretend to be unattainable, but I simply wait calmly with a smile. The skin has already surrendered and once I have conquered their largest organ, the others don’t stand a chance. They are wrapped inside it anyway.

“…and then I said to myself: What if I just bought them, like I buy everything else?”

I’ve heard this already, heard it all before. I don’t understand people who cannot be alone. If I had money, I wouldn’t need anyone.

Aha, it’s my turn already. I study her wrinkles, precisely because I know she knows what I am looking at.

“…on the other hand, so superficial in your restlessness, shallow and trivial, without depth or an anchor within. Is this a generational thing? Has the world changed? I like to think about this because it makes me less sorry that I’m leaving.”

She has never allowed me to escort her to parties or meet anyone. She didn’t open any doors in my career. Bitch. She just keeps me as a pet.

“You panic at the thought of monotony, ordinariness, there must always be some kind of drama in which you are the protagonist…”

It went so well at the beginning. She was silent during sex.

“…you have no desire for hard work, none for finishing anything, to persist, everything has to be instant. You remind me of a child on their birthday. Wanting the attention, the applause, the approval. Wanting to blow out the candles. Only that you have your birthday every day… and you never run out of breath…”

If I strangled her to shut her up, would her psychoanalysis on me be classed as a mitigating factor? I won’t, of course – I know how to control myself and I’m all but what she thinks I am. To her I show the mask she wants. I’m a dog that doesn’t bite, a cat that has lost its independence. When I no longer had an erection, I licked the organ that is the source of life; judging by the odour in the case of Elizabeth Jane, also of death.

“…and so I think that it is best you go home. To consider what you will do with your life. You’ll soon be thirty and, as I said… no need to repeat myself. I won’t.”

She holds something out towards me. It’s an envelope.

“The travel agent can sort out the details of your trip,” she says. “I’ve included some pocket money for a new beginning. Bon voyage!”