A man has signed his own death warrant. And now he is tempted back to life with love, music and beauty. 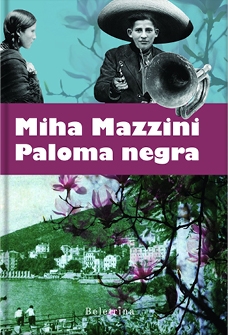 Yugoslavia in 1950: David, 42, is a colonel in the army, a widower with 15 years old son. He is tired of cruelty and war and he declines to sign an execution order for a group of political prisoners even if he knows that this means his own death. His friend General (62) intervenes and they send him on an impossible and suicidal task to redeem himself. He must go to a remote mountain village and disarm the band of local smugglers lead by Michael (47). David’s son will stay in the city. He’ll be safe in his elite school because he will be under strict surveillance. If David makes a mistake, his son might just disappear.

In the village David meets Maria (40) and they fall in love. Maria is Michael’s lover, she has sold her body for her daughter’s food last harsh winter. Michael has a feebleminded son and strange and tense triangle forms: David, Maria and Michael try to control themselves not to hurt their offspring. Tension is rising and they all know the peace won’t last.

The traveling cinema comes to the village and villagers repeatedly watch Mexican melodrama all night long. In the morning the young know all of the songs by heart and they form a mariachi band. Beside smugglers now even the young walk around in the Mexican uniforms, armed to look more authentical.

In 1950 Yugoslavia was on the brink of the war with the Soviet Union. And it was not on the best terms with United States either. Government faced two problems: the possibility of the 3rd World War starting right there and then and, second, if you’ve quarreled with both America and Russia – what do you show at the cinemas? They discovered Mexico and their singing melodramas about the revolution. The people embraced them and Mexican craze swept the nation. Soon fake mariachi bands were playing all over the country.

Check the home page about the Yu-Mex bands.

While doing the reasearch I started filming the interviews and made a documentary TV film Yugoslav Mexico (YuMex).